Tips to Create a Great Brand Activation this Festive Season

Festival season is the best time for your brand to reach out to customers. An engaging and delightful Brand Activation goes a long way for your business. A few tips to help you plan for the same.

In the 1930s, Coca-Cola Company was looking for ways to increase their sales in the winter season as well.

It should come as no surprise that cold-drinks did not sell much in the winters till then. But it all changed with ‘The Pause That Refreshes’, the brand activation campaign designed by Haddon Sundblom based on Clement Clark Moore’s poem ‘A Visit from St. Nicholas’.

Also see: How to Create a Killer Experiential Event this Festival Season

The first step to designing a successful brand activation campaign is to know your audience and pick the right location and event to kick-off your campaign.

Once you have zeroed down on these, here are a few pointers to keep in mind for such marketing activation campaigns.

Intel celebrated CES 2018 by sending out 250 drones for a breath-taking light show. You don’t have to do something this costly for the experience you craft to be memorable – unless you want to and have the budget, but you do have to create something that makes your target audience wary of missing out. That is, create an event that attracts a crowd – and looking at the crowd, others will want to come to participate.

Think of Lalbaugcha Raja during the Ganesh Utsav in Mumbai – everyone wants to be there because everyone else is going to witness it.

This also means that you should create something cool with a limited capacity. Let that line build up!

Yes, some will skip your experiential marketing event because of the line, but many more will be attracted to it – their curiosity piqued.

A great example of this is what HP did at various music festivals in 2016-17.

While an entertaining event is a start, to make it truly memorable you have to offer something of value to the participants. This does not mean handing out branded merchandise or free samples. This means helping them with something, teaching them something new, giving them a space to play.

For example, McDonald’s turned its happy meal boxes into virtual reality headsets called Happy Goggles for the customers to play in.

Understand what the participants would be experiencing at the festival, and design your product activation campaign accordingly.

Vitaminwater, for example, understood that the participants in an event in July will be exhausted, thanks to the hot summer. They found a fantastic solution for them: Vitaminwater’s Human Car Wash. Participants not only got refreshed as they experienced the brand but also got a photograph to remember the experiential marketing event by,

Of course, you don’t have to do something as elaborate as a Human Car Wash; you can also have a branded water refilling station. Getting water to drink is, after all, a major issue at most festival gathering. Camelbak’s Hydration Station did just that. It may not have been something that generated buzz on social media, but it did generate a lot of goodwill and allow them to interact directly with a large number of participants.

As we have said before, your brand activation campaign starts with the on-ground marketing event – and does not end with it. A festival allows you to interact with your audience face to face, but this does not diminish the importance of social media in any way. Experiential Marketing Content Benchmarking Report from EventTrack found that 98% of participants in a live marketing event generate some kind of digital content (User Generated Content) and 100% of them share it online.

Clearly, you cannot let go of such an opportunity for exposure. You must make it easy for your participants to share their content online. Here are a few ways to achieve this

Since it will be content from your participants, it will resonate more closely with your audience and build a stronger. Have a look at how WOWSOME used #WOWSOMEFriday hashtag during an on-ground mixed reality marketing event to create user generated content and to create buzz on social media: #WOWSOMEFriday - A Mixed Reality Party.

Refinery29’s 29Rooms was a great example of how to allow your audience to easily create shareable content. It was simply 29 branded rooms in which participants could walk around and click selfies. And that was all they needed to generate a large buzz on the social media. Think of how you can build an instagrammable gallery for your audience – and capture the attention of the millennials everywhere.

Whatever you choose to do during a festival, it must resonate with your brand identity. It is equally important that you select the right staff for the on-ground marketing event. The team that manned a stall at a music festival may need to be different from the one that was used at a children’s festival. It is important that you become a credible part of the scene.

A genuine brand activation example that displayed the credibility to fit in is the Hike Messengers’ Homecoming campaign. It featured a young man who comes back home and finds his parents have gone on a holiday on Diwali. It captured the spirit of Diwali and found a way to fit the app in.

Equally wonderful brand activation example was what Urbanears – a headphone brand – did at Amsterdam Dance Event.

The dance event is known for its loud, hectic environs. Urbanears understood that the participants will need someplace to recharge and catch some downtime. That is exactly what Urbanears’s Hideout was. A place you can sit down and chat, relax, and listen to music on their headphones.

We hope some of these  promotional event examples will encourage you to build beautiful brand activation campaigns for the festive season ahead. Do reach out to us to brainstorm brand promotion ideas and plan execution. The year-end is a golden period for event marketers – don’t let it slip you by.

Browse all posts by Lipi Bharadwaj

21 Brand Activation Ideas to Get Your Creative Juices Flowing

Are you looking for some brand activation ideas to engage and excite your customers? These 21 handpicked ideas will help your brand stand out & make an everlasting impression.

21 Brand Activation Ideas to Get Your Creative Juices Flowing

Are you looking for some brand activation ideas to engage and excite your customers? These 21 handpicked ideas will help your brand stand out & make an everlasting impression.

It could be challenging to cut through the noise and establish a strong brand identity that connects with people. Your marketing activations interact directly with people & play a crucial role to build that connection. Keep these brand activation tips in mind & see your customers become loyal fans! 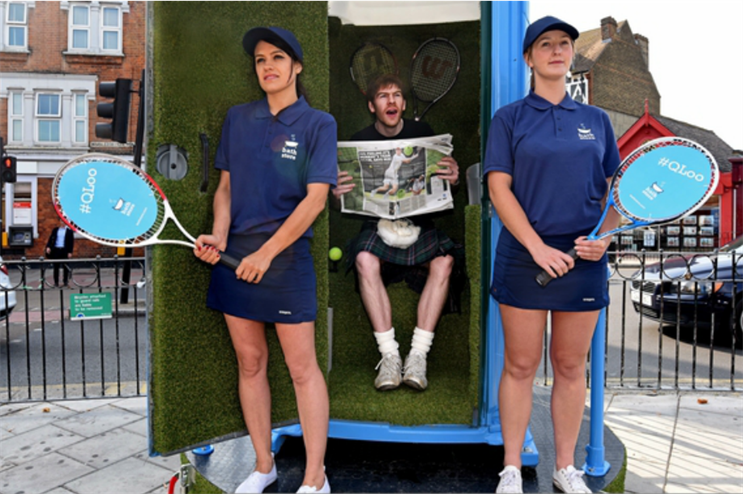 6 Outstanding Examples of Brand Activation That You Can Learn From